Our team has had a busy few months with attendance across six key conferences worldwide.

The 57th Annual Scientific Meeting, held in Brighton in March, was a three-day event hosted by the British Society for Haematology and attended by over 1000 UK and international haematologists. This annual scientific meeting was attended by our UK Research Consultant Dr Susanna Katay-Davies, who met with leading haematology experts including many valued customers. FerriScan was featured during sessions which shared best practice in iron monitoring and management as recommended in the new UK Standards of Care for Thalassaemia patients. The 3rd Edition of Standards for the Clinical Care of Children and Adults with Thalassaemia in the UK can be seen here.

The Genetic Haemochromatosis (GH) Conference held in Birmingham, UK, saw a lively debate on role of MRI for Liver Iron Concentration assessment as part of an excellent program chaired by the GH Society UK. The event attracted over 150 clinicians with a special interest in Hereditary Haemochromatosis. Chief Scientific Officer, Prof Tim St Pierre was invited as a key speaker on FerriScan and highlighted the challenges of using serum ferritin as a surrogate for liver iron concentration. Dr Butzeck from Grönemeyer Institut für Mikrotherapie also presented an excellent and diverse selection of clinical case studies from her centre of excellence in Germany demonstrating how she had used FerriScan to improve outcomes for patients with Hereditary Haemochromatosis.

Our Marketing Director, Melanie Baxter, and UK Research Consultant Susanna Katay-Davies were also in attendance with an information booth and had many enquiries from delegates attending the conference.

European Association for the Study of the Liver & the Liver Forum

Resonance Health’s Chief Scientific Officer, Prof. Tim St Pierre, and Clinical Manager, Sherif Boulos, were amongst 10,000 delegates and 250 media representatives in attendance at the EASL congress held in Amsterdam in April. During the EASL conference, Professor Tim St Pierre presented new data showing that liver iron concentration measurements by FerriScan are not confounded by the presence of liver fat. This was an important confirmation of the robustness of FerriScan given the high prevalence of fatty liver disease in the general population.

A more detailed explanation of this new data can be accessed via this article here.

The congress and associated Liver Forum also provided an excellent networking opportunity including discussion with pharmaceutical companies on ongoing and future clinical studies, and the chance to meet key opinion leaders in the fields of Non-alcoholic Steatohepatitis (NASH) and Non-alcoholic fatty liver disease (NAFLD) to discuss use of HepaFat-Scan to improve patient outcomes in this setting. 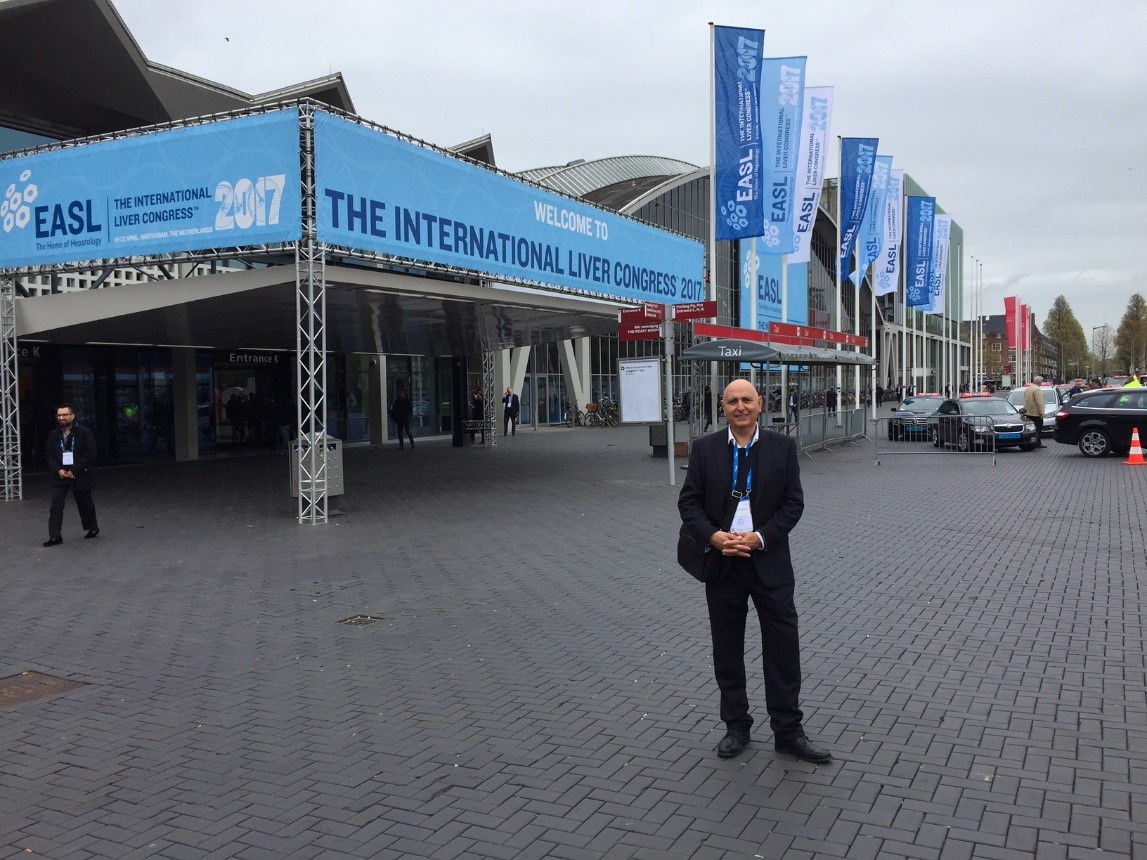 The 11th Annual SCD Research and Educational Symposium was held in Fort Lauderdale in April with Resonance Health’s US-based Representative, Sheila Murphy, and our newly hired Hospital Specialist, Winslow Robinson both in attendance during the event. With over 500 delegates in attendance, the Resonance Health booth was extremely busy as delegates were keen to learn how to gain access to FerriScan for monitoring iron in transfused sickle cell patients. Our team also continued the close collaboration with patient advocacy groups at this conference, and an educational video featuring Nurse Specialist Pat Corley on the role of FerriScan is now available on the US Emory website under 'Blood Transfusion' section found here.

Resonance Health’s German Representative, Tilo Stolzke, attended a two-day Pan-European Consensus Conference on Newborn Screening for Haemoglobinopathies. The changing epidemiology of haemoglobinopathies affected by migration was a key topic as numbers of patients requiring care have risen dramatically in Germany. The importance of early screening in children was also highlighted and positions FerriScan strongly in the long-term management of sickle cell disease. 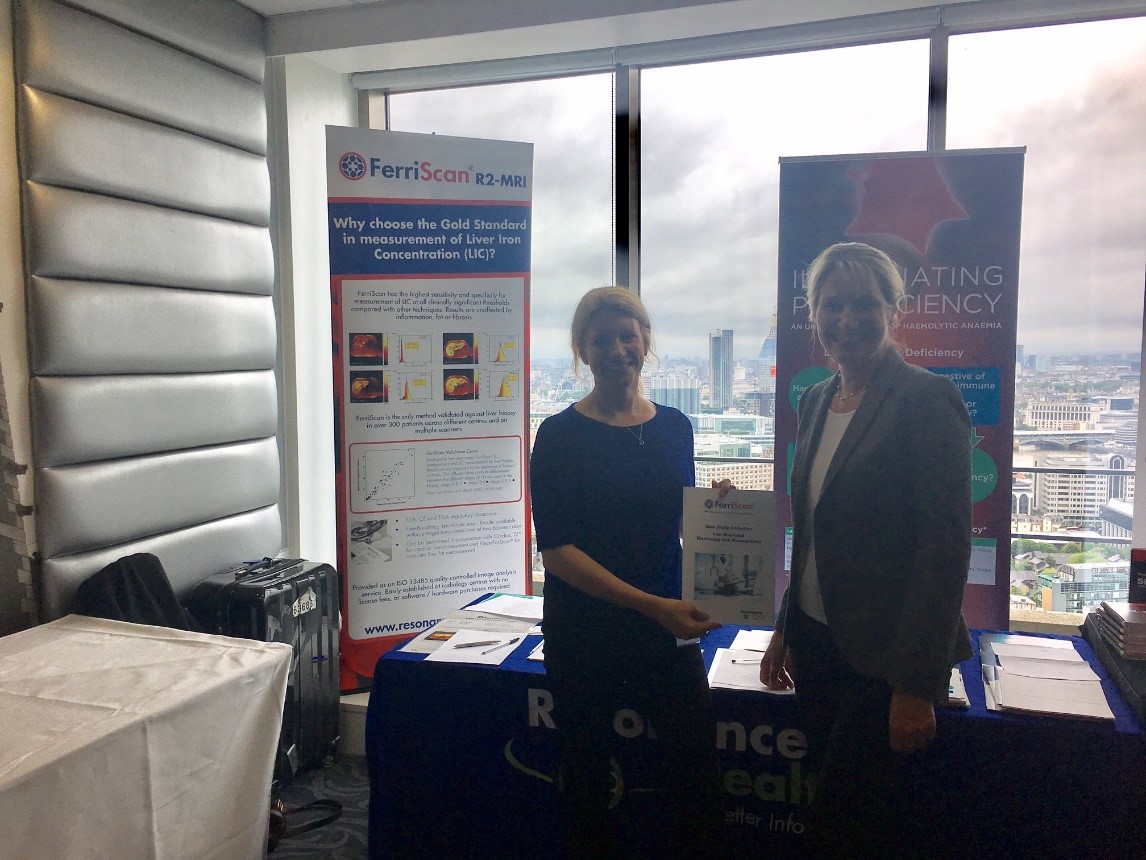 The UKFHD conference focused on key research in the fields of sickle cell disease and thalassaemia, with Prof Krishnamurti, Professor Paediatrics and Director BMT, Atlanta giving a key-note talk on ‘Transplant and gene therapy in the haemoglobinopathies’. Professor Krishnamurti uses FerriScan in his practice.

This London conference provided various opportunities to network with key opinion leaders, meet customers, and distribute our new clinical survey report on current practice in iron monitoring in cancer survivors who have received transfusion as part of their therapy. To read the cancer survey report, click here.

Meet us at EHA

We look forward to the next conference opportunity to profile our technologies at The European Hematology Association (EHA) Congress on June the 22nd. We welcome the opportunity to meet with you, and invite you to come visit us at booth 814 during the four-day conference. Please contact melanieb@resonancehealth.comto arrange a meeting or for more information.